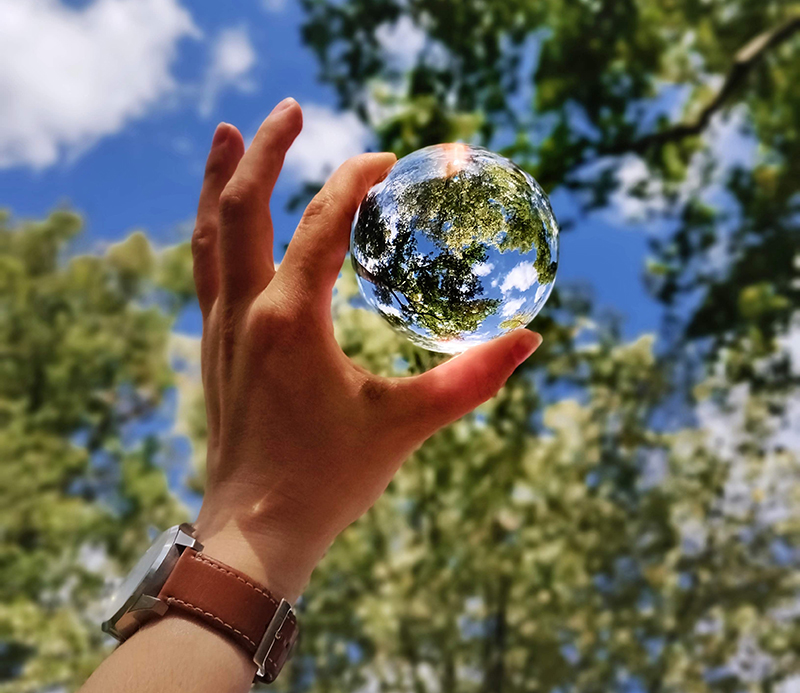 Each year on April 22, over one billion individuals from 190 countries mobilize to support and raise awareness of the state, as well as the future of Planet Earth[1]. Since its first celebration in 1970 when it was founded as a day of education on environmental issues, Earth Day has become a global movement, sparking great esteem and commitment across individuals, international organizations, businesses, and governments alike. Moreover, in recent years, the movement gained important traction, particularly thanks to new digital tools, cross-country initiatives, and wider visibility of success stories and projects that unite regions under one common scope.[2]

Such initiatives, be they individual or collective, grand or small, not only help reduce pollution and reach the global goals of the EU 2050 strategy on Net-Zero emissions[3], among others; they also educate the public and create a new generation of active and responsible citizens, workers, and leaders in the mitigation of climate change. This is the example of several Small and Medium-sized Enterprises (SMEs) from the Eastern Partner (EaP) region of the European Union, which have also become symbolic ambassadors for the promotion of Resource Efficient and Cleaner Production (RECP).[4]

Making use of the RECP methodology available either on an individual basis (through the training of national experts and the assessment of industrial enterprises) or in clusters of companies (residing in the same Industrial Parks or specifically organized as RECP Clubs[5]), representatives of various manufacturing enterprises and professionals learn to embrace cleaner production and means to improve their resource efficiency. As a multiplier effect, RECP reduces costs, waste, and pollution, while improving general production, the working environment of employees, and increasing overall competitiveness.

The introduction of RECP in industries has been an integral part of the EU work implemented by UNIDO in all six EaP countries since 2013 (EaP GREEN (2013-2017) and EU4Environment (2019-2022). In 2015, a sample of eight SMEs participating in the RECP project in Ukraine underwent an initial assessment, followed up in 2020 with a more in-depth look at RECP results, lessons, and limitations, under EU4Environment.

On average, in six years, the companies implemented 43% of their RECP action plans. The results also showed an ongoing and deepened commitment from companies to implementing RECP measures in the medium term, as most measures were attractive by being low-cost. They also focused on systematically addressing improvements in terms of energy (78%), materials and waste (17%) and water (5%), leading to total savings of 620,000 EUR for all eight participating companies.

Thanks to the project and the RECP implementation, we became confident that our industrial processes and operations could be improved through cleaner production. Moreover, this not only decreased waste generation and environmental pollution, but also brought budget savings and generated an additional income for the company through rational resources consumption, said Oleksii Kashkariov, Head of Production Technical Preparation Department, UKRSTAL DNIPRO, PJSC, Dnipro, Ukraine.

However, the example of Ukrainian SMEs benefiting from RECP is not an isolated case. In Armenia and Georgia, the enterprises which took part in both the EaP GREEN and EU4Environment assessments are now witnessing the positive impact for embracing RECP. From construction companies, to fisheries, dairy or food processing enterprises, each involved SME learned to use the specific opportunities available within their own production facility in order to make a positive change.

Following the project’s suggestions, among others, we decided to reuse the hot water which resulted from the battery production. By upgrading the cooling system to recover water and heat, we have been able to cut costs and save the water that had been previously flushed into the sewage, said Ashot Papyan, Production Line Manager, Elbat CJSC, Yerevan, Armenia.

By continuously investing in resource efficiency, SMEs are taking actions to reduce their resource and environmental footprint, right from the source. They are also revising their production in a holistic manner, and are showing that it is not only possible to use fewer resources and generate less waste – but it is the smart thing to do.

On Earth Day and not only, the Planet is asking for bold, innovative and sustainable actions which include governments, businesses, and citizens alike. More vigorous partnerships are needed, as well as initiatives like industrial symbiosis to promote Circular Economy across manufacturers and enterprises. Thus, new combined actions and information can be generated to remove barriers and increase awareness of the value industries allocate to raw materials, production, and wastes;[6] because Earth Day is not only a day of celebration, but a dedicated movement which will last in the long-term.

More information on the success stories of the Armenian SMEs investing in RECP: https://www.eu4environment.org/app/uploads/2022/04/BC-ELBAT-Armenia.pdf.

More information on the success stories of the Georgian SMEs investing in RECP: https://www.eu4environment.org/app/uploads/2022/04/BC-Georgia-Qartuli-Ferma.pdf.

To learn more about how RECP is integrated into the Circular Economy concept in Ukraine, please visit: https://www.youtube.com/watch?v=3JhTThO6bwA

[5] Definition of a Club